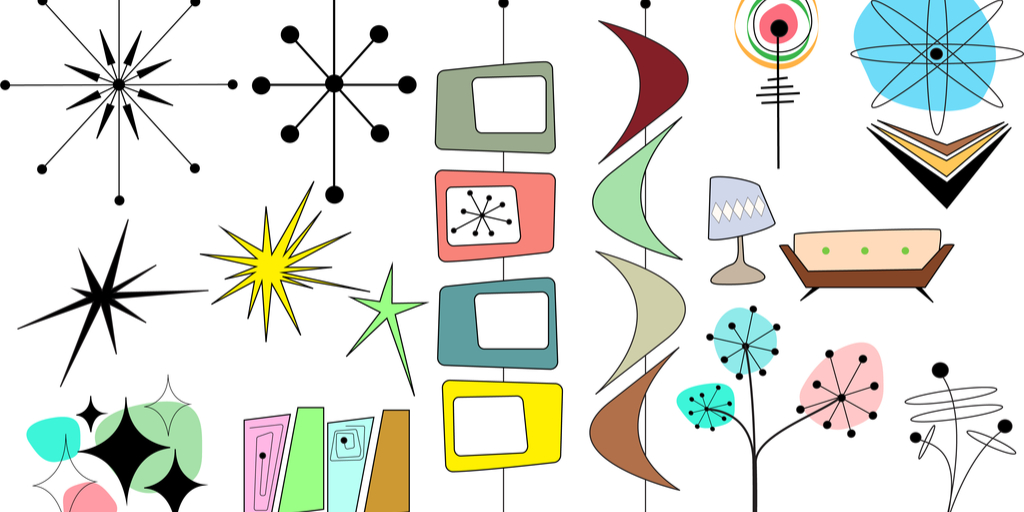 Deep thinkers gravitate to modernist painters like Pablo Picasso, Henri Matisse and Marcel Duchamp. These artists reject rendering subjects in the most real form. Instead, they insert their own dramatic interpretations, a habit that brings a whole new dimension to art appreciation.

Are we to paint what’s on the face, what’s inside the face or what’s behind it?

What art is in reality is this missing link, not the links which exist. It’s not what you see which is art; art is the gap.  – Marcel Duchamp

Modern art pushes the experimentation that began with the Impressionists into a whole new realm. Impressionist artists (Monet, Renoir, Cezanne) broke from the classical artistic tradition of realistic painting by adding their perspectives to the figures. Still viewers could easily identify the subjects of these paintings.

The Modern artists went one step further by abstracting even their own perceptions. They relied on using color, shape and geometry to convey the meaning of the piece. Their abstractions often made the subjects impossible to identify. They worked to challenge the mind, evoke emotion and even shock critics and the public.

Without the title, we wouldn’t know what the subject was. Knowing it’s Duchamp’s study on capturing a nude woman’s movement makes it fascinating. Finished in 1912, some believe Duchamp was inspired by the frames motion pictures were capturing at the time (1890s.) It forces us to realize that fluid movement is really a synthesis of many micro-movements.

Before Duchamp, however, was Pablo Picasso. He used color and shape often in two dimensions to convey action and emotion. Consider his A Bullfight. The bull, the bullfighter, his tools and horse are lost in one chaotic action. The bright colors and hard black lines stir excitement and intensity, even force.

Above all, Modern Art prioritized experimentation.

Perhaps the boldest innovator of the time was Andy Warhol. The artist examined critics’ and the public’s patience with presenting common, everyday objects as art. Popular works like his Campbell’s soup can and repetitions of celebrity faces forced viewers to question the definition of art.

Warhol’s series of faces like 8 Elvises and Marilyn were completed using photography, drawing and painting, a combination which had never been done before.

One of the most extreme innovators of the time, however, was Jackson Pollock. After watching the Navajo create sand paintings by dropping colored sand on the ground, Pollock took his canvases down from their easels and placed them flat on the ground.

He used house paint rather than oils or water colors to create paintings with no discernable subjects whatsoever. Instead, Pollock used his “drip” or “action” painting to cover his canvases with vibrant shapes and colors. He claimed, “the modern artist is working and expressing an inner world—in other words—expressing the energy, the emotion, and other inner forces.”

Pollock believed deeply that the work of art exists to provoke meaning and emotion from the viewer. The artist’s intent wasn’t relevant. Eventually, he even stopped giving his paintings even simple names and applied numbers to them instead. In 2016, Pollock’s Number 17A won $200 million at auction. He remains influential in the Modern Art world.

Modern Art lasted from 1860 to 1970 and encompassed many movements within it. Many styles or “movements” emerged within it.

Fauvism (1905 – 1907) – Henri Matisse spearheaded this movement directly following Impressionism. It featured vivid, non-natural colors, which revealed how color could shape the meaning of the work. “Fauvism” comes from “Les Fauves,” French for “wild beasts.” That the traditional artists gave their young counterparts this name reveals how drastic the shift from realism was.

Cubism (1908 – 1914) – Pablo Picasso turned perspective inside out by filling his canvases with flat, splintered planes rather than the traditional linear, realistic perspective. The flat picture plane challenged viewers’ ways of seeing and comprehending certain subjects.

Futurism (1909 – 1914) – This movement focused on the rapid advance of technology: cars, planes and science specifically. It fragmented its subjects and rendered them with multiple viewpoints. Futurism’s significant contribution to art was to depict scientific achievements with beauty.

Expressionism (1905 – 1940) – Mostly appearing in sculpture, Expressionists distorted their subjects to convey a theme. The central artists of this time were Wassily Kandinsky and Ernst Ludwig Kirchner.

Dada (1916 – 1924) – Rebellious young artists protested conscription in the militaries of World War I by gathering in neutral Switzerland. They championed performance art, found art and new materials as authentic art. The Dada movement inspired the surrealists.

Surrealism (1924 – 1950) –  Rejecting the nihilism of the Dadaist, the surrealists used dreams, hallucinations and random images to shake up staid, traditional notions of art. Salvador Dali and Max Ernst are the most well-known surrealist painters.

Abstract Expressionism (1948 – 1960) – Jackson Pollock and Mark Rothko were dedicated to color’s power to convey emotion and meaning. Both made a pure form of abstract beauty popular. Rather than focusing on their impressions, they expressed their feelings.

Pop Art (1957 – 1968) – Andy Warhol honored the movies, television and popular culture on the rise during this time by immortalizing these forces in art. He named his work “Pop” for the popular themes he featured. He worked to narrow the gap between “fine” art and “commercial” art.

If you resonate with the colorful, energetic and abstract, keep your eye out for paintings that reflect the tenets of Mid Century Modern movements.

Collectors can find sketches by Picasso at the Wright auction house going for from $5,000 to $15,000. Of course, his paintings sell for over $100 million. Take a look at what’s available at these auction houses.

If you don’t have a few thousand or a few million burning a hole in your pocket, you can still indulge your affinity for Mid Century Modern Art.

Buying prints of famous paintings and framing them well brings sophistication to your rooms. Art.com features prints by Picasso, Pollack, Paul Klee, and many more. In fact, it has an entire Mid Century Modern section. Also, when you’re browsing estate sales, grandmother’s attics and yard sales, watch keenly for bold colors and shapes. You never know when you’ll come upon a lucky modernist find for just a few bucks!