For decades, Mid Century Modern homes and interiors didn’t get the historical respect they deserved.

Today, however, Mid Century seems to be on the lips of everyone in the art and architecture worlds. These trends reflect its resurgence:

Mid Century Modern collectors and enthusiasts are on the right side of history.

Explore these sections of our website to enhance your understanding of Mid Century Modern style: 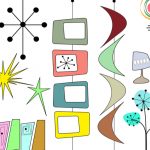 Art – The Modern artists went one step further than the Impressionists’ impressions by abstracting even their own impressions. Kinda crazy, but fascinating all the same. They relied on using color, shape and geometry to convey the meaning of the piece. They challenged the mind, evoked emotion and even shocked critics and the public. 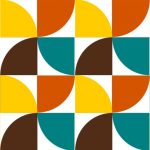 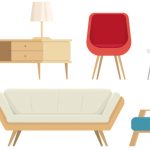 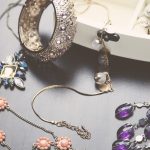 Jewelry  – The same clean, bold vision that drove the Mid Century Modern architects and artists captured the jewelry designers, too. A whole new, unadorned style caught fire as Mid Century Modern jewelry swept the upper classes in the late 1940s through the 1960s. Know the key designers so you can pick up the most valuable pieces. 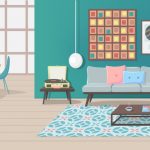 Accessories – Mid Century Modern accessories like lamps, mirrors, clocks and ceramics express your depth, uniqueness, even your quirks! Before you head to the vintage store or auction, however, you should be aware of the range of modern pieces available today, as well as the period’s designers who may be collectible.

Designers  -Knowing the artists and designers of the period is critical to your collecting and appreciating success. Reveiw the top designers in all Mid Century Modern genres: art, fabrics, furniture, jewelry and accessories. An original Harry Bertoia or Margaret de Patta piece can fetch three to 10 times more than a reproduction.

Why is Mid Century Modern so Popular Today?

In the early 2000s, preservationists and art historians mounted a robust effort to save many modern homes scheduled for demolition. With many Americans growing up in what became “tract” homes, we didn’t understand the value of these everyday, modern masterpieces. We considered only big Victorian, Georgian and Baroque homes to have historical interest.

In the past 10 years, Americans have begun to appreciate simplicity, natural materials, interior openness and functionality, all tenets of the Mid Century Modern style. These standards were developed by period’s best architects, artists and designers, all intent on bringing beauty to the burgeoning middle class.

Those who embrace modern values like simplicity and functionality will find all they need here and at our sister site to extend their knowledge of the period and become discerning collectors of these fabulous items.